Custom Enrollment and Learning Plan Reports enable you to display the output in a chart. One of the chart options is a donut chart. 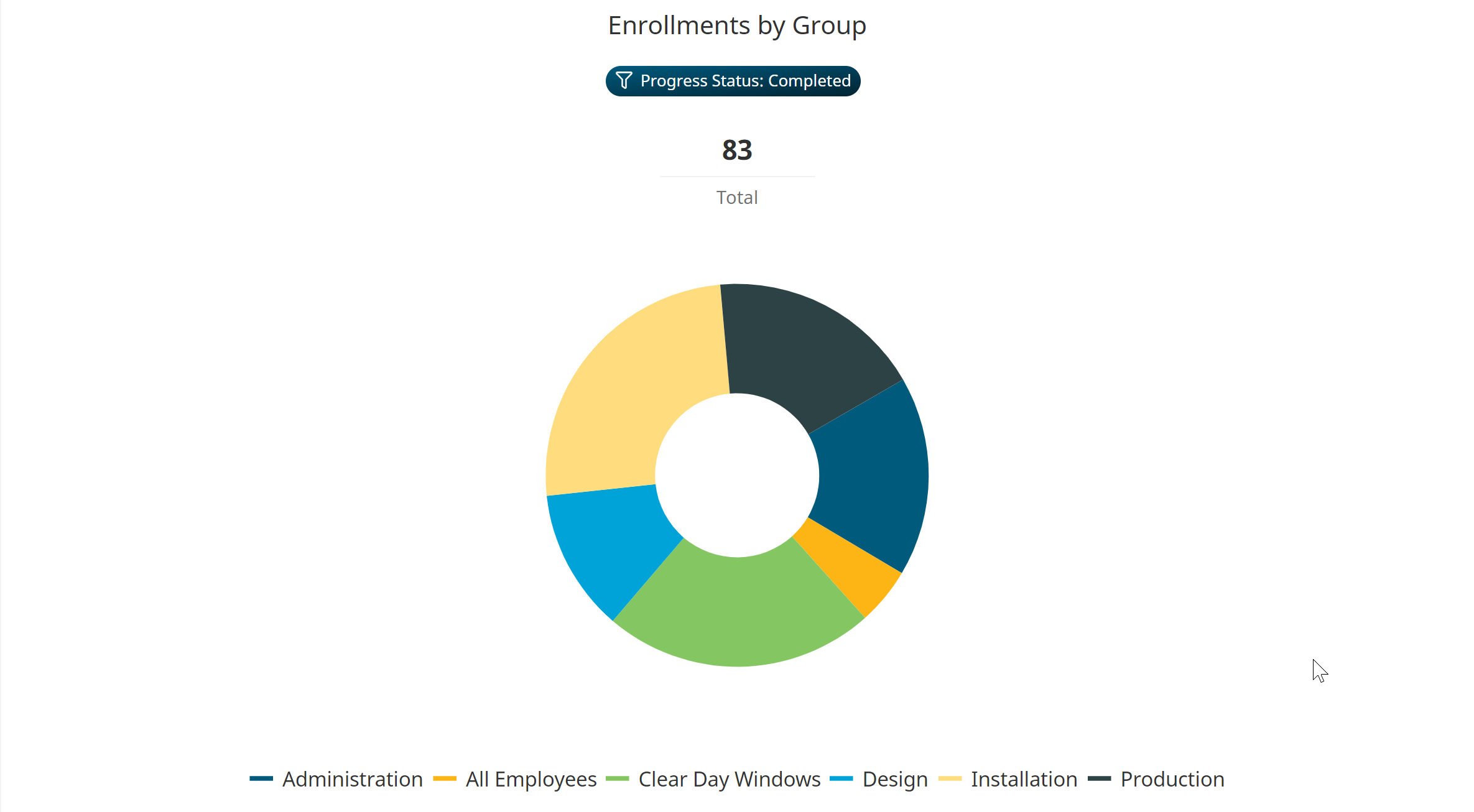 Below the donut chart is a legend that displays the data series included in the chart. 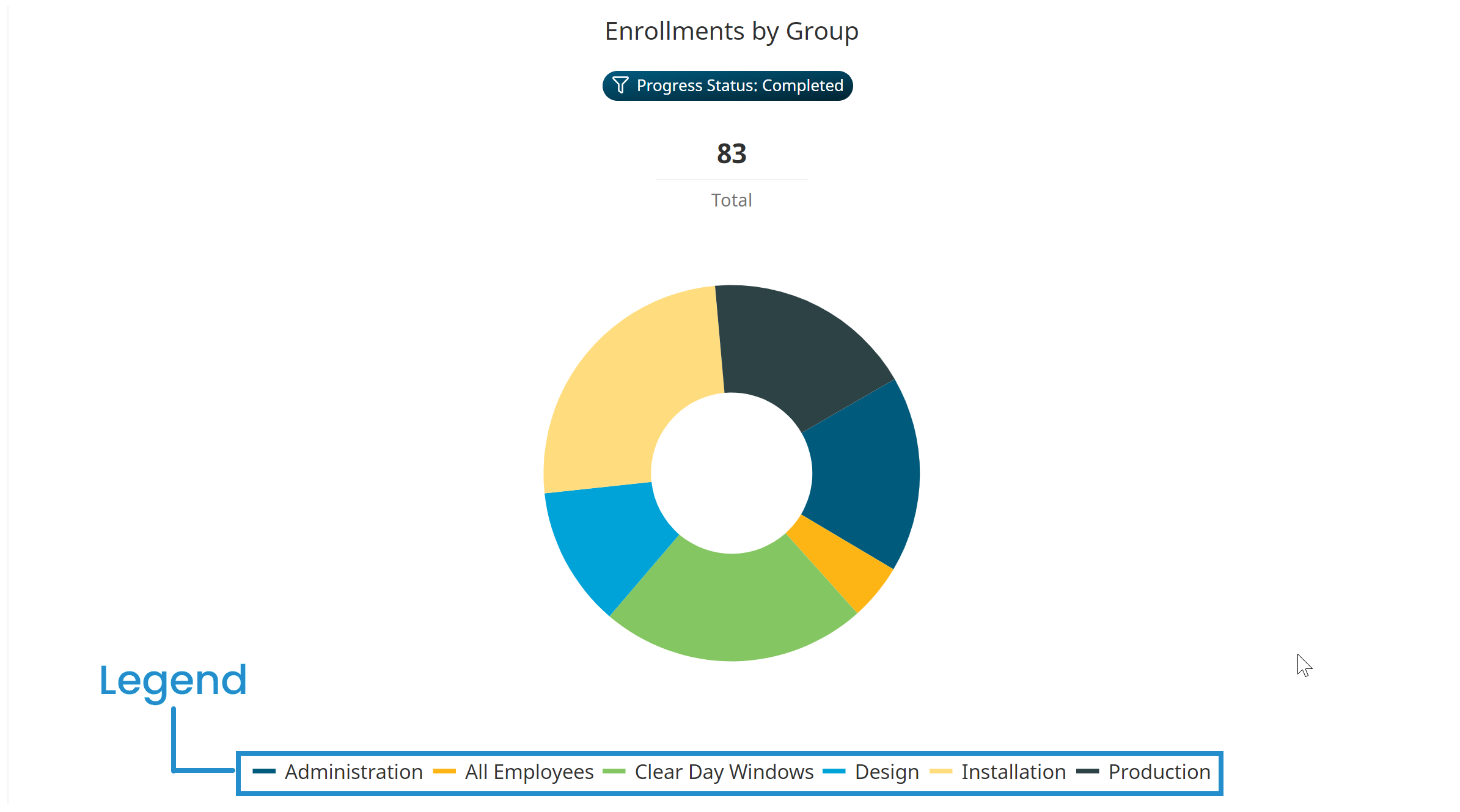 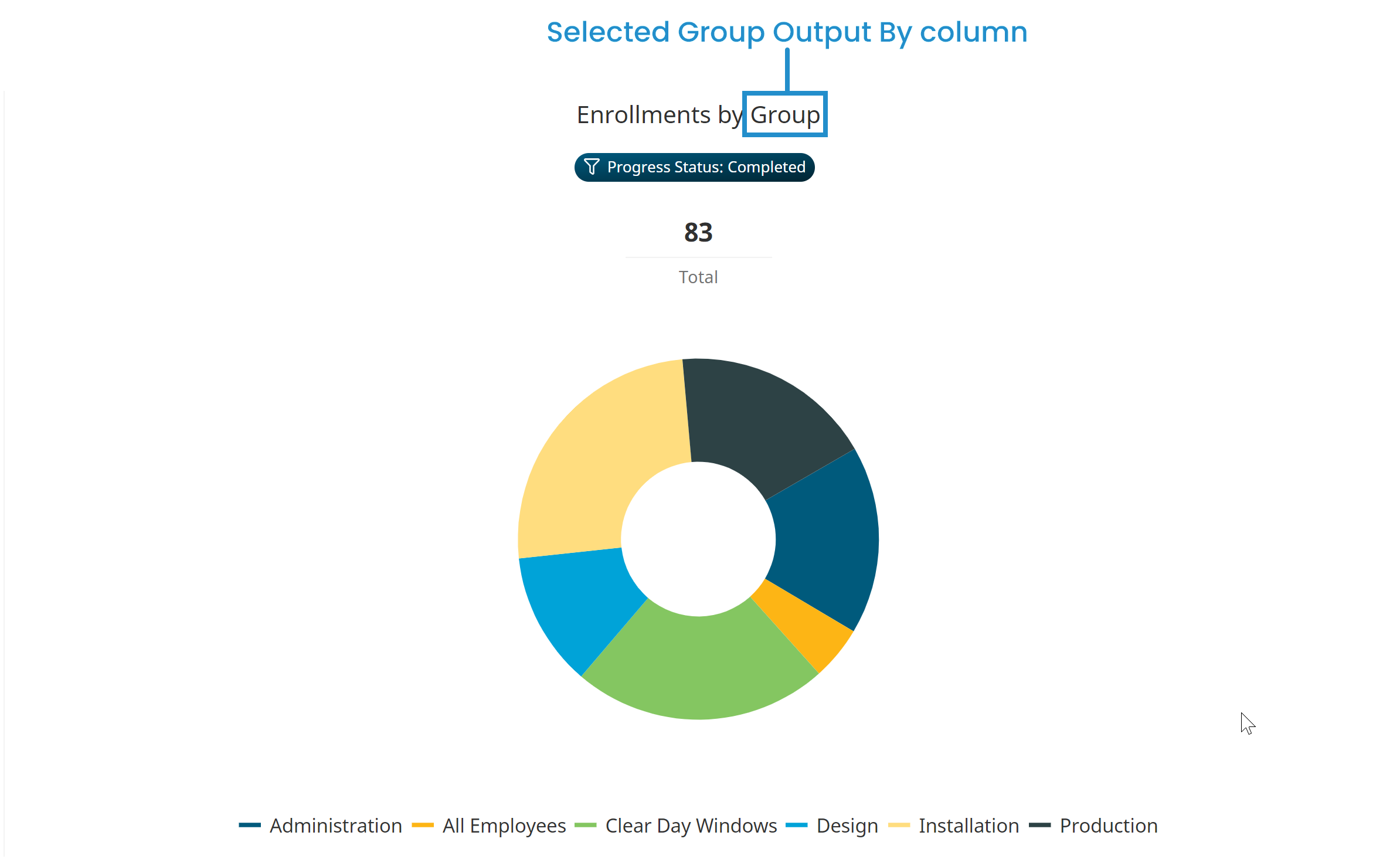 For custom Learning Plan Reports, the chart's title will be in the format <Level> by <GroupByColumn> where: 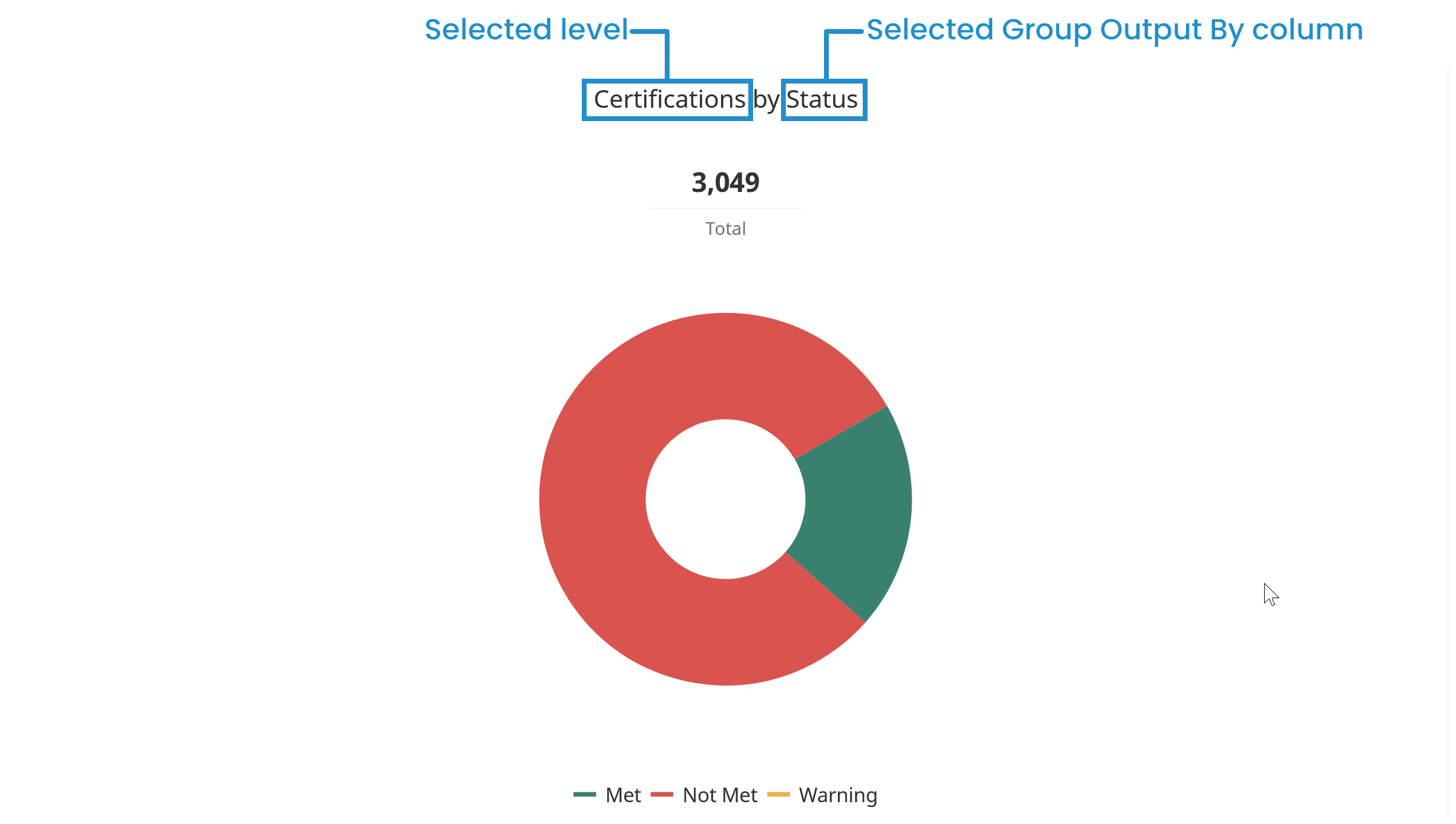 Any filters specified for the custom Enrollment Report or custom Learning Plan Report display below the chart title. 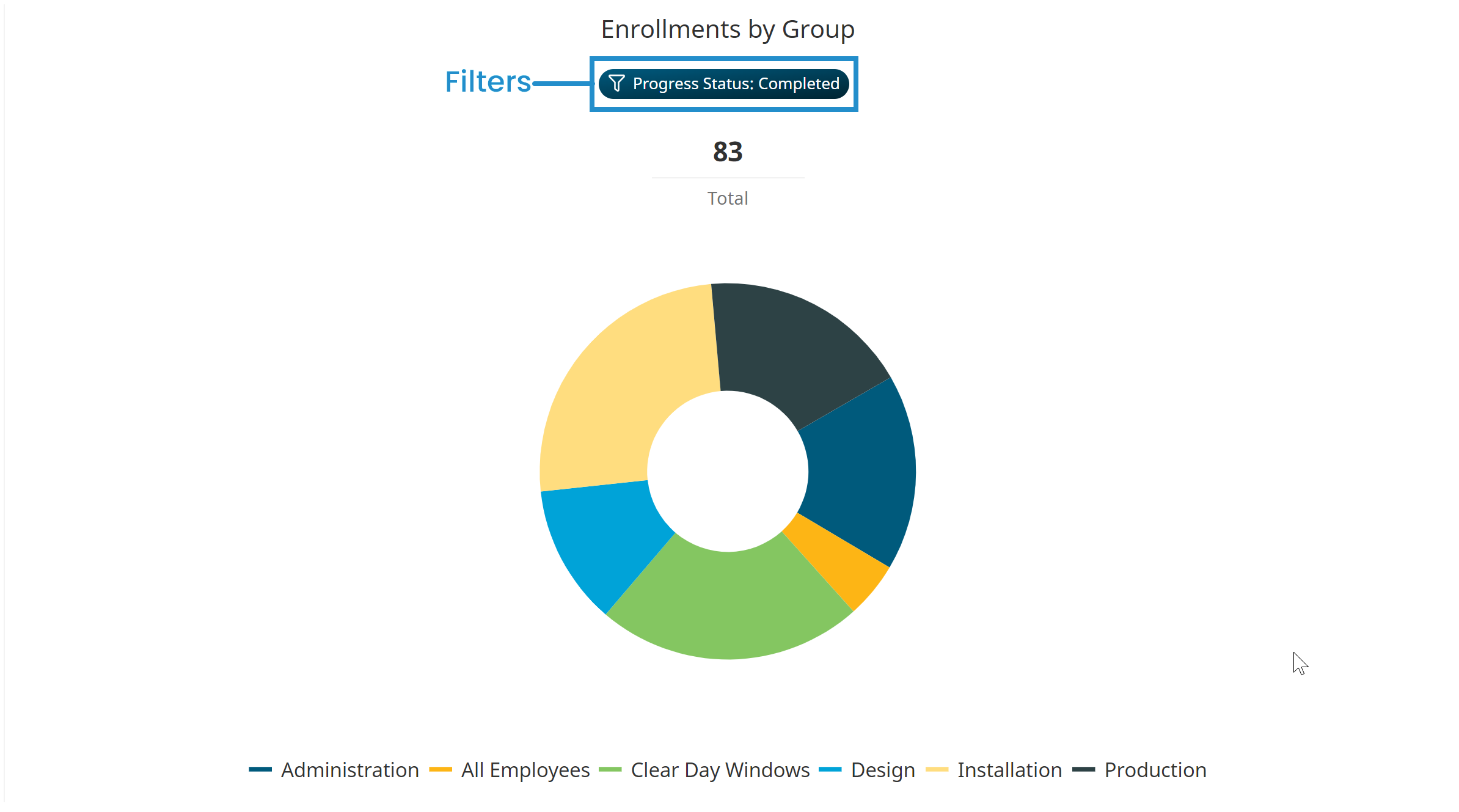 The total number of data points represented display just below the heading and above the donut chart. Hover over a segment of the donut chart to view the segment's total. 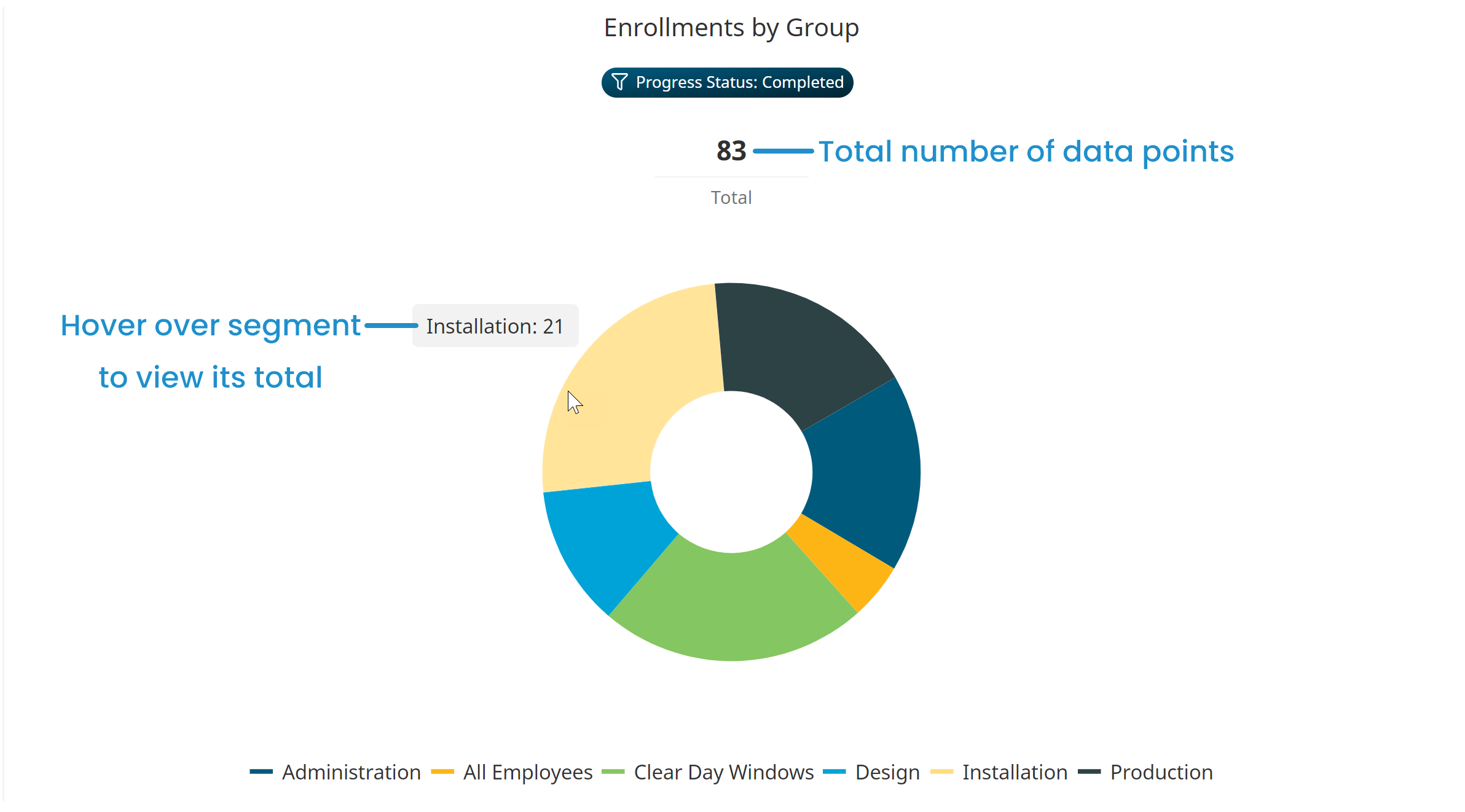 Hidden data series names display in gray in the legend. 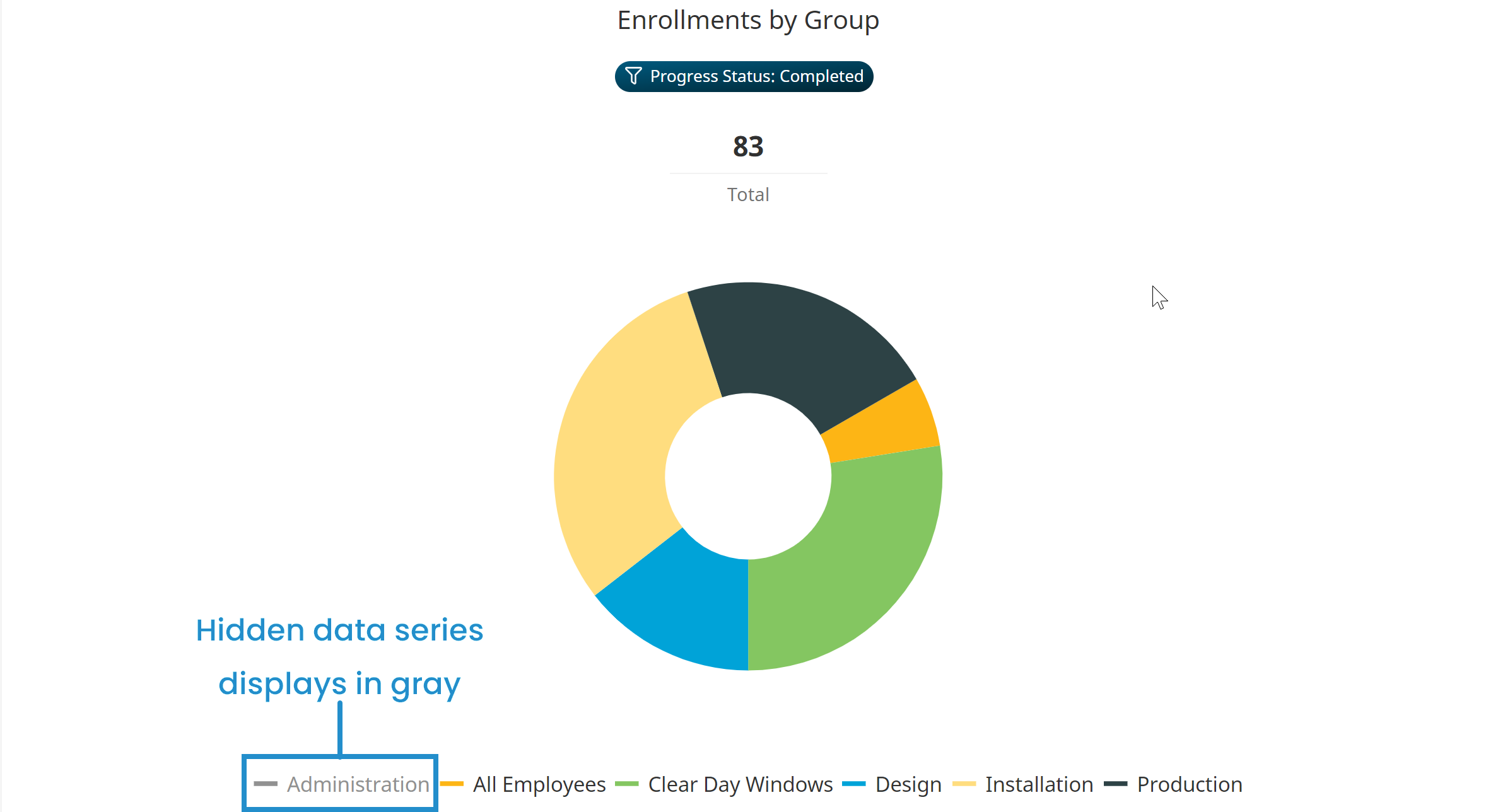