Leaderboard pages list the users or home groups with the most number of points earned toward a point tracker and your ranking. 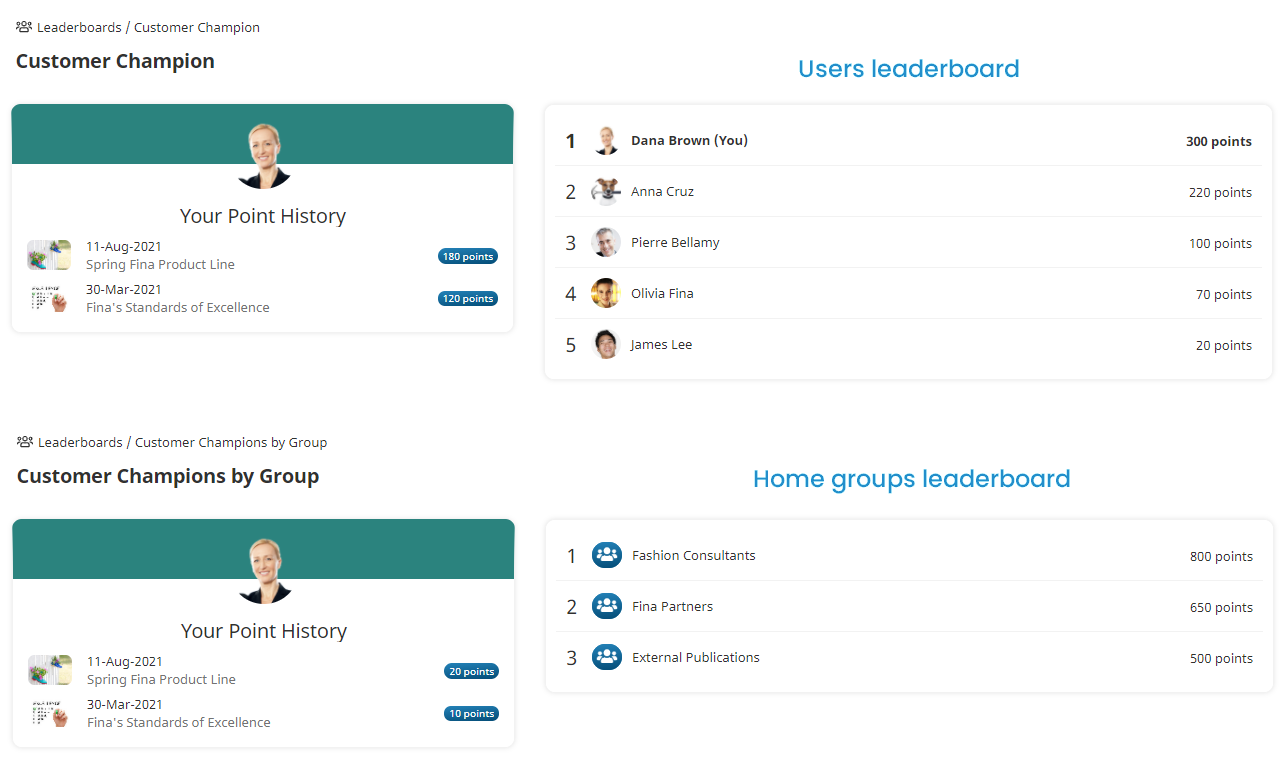 The Your Point History section of the page displays the points you've earned during the time range specified in the leaderboard's configuration. Specifically, it displays:

Any points that you earned that were manually entered will also display with the date and description.

The leaderboard displays a ranking of the users or groups who have earned the most number of points toward a point tracker during the specified time range. The number of users or groups included in the list depends on the page's Show Top # setting. The list displays: